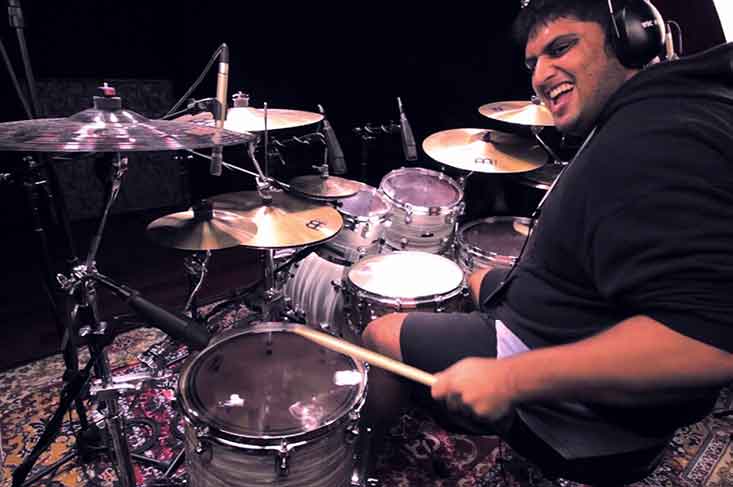 Anup Sastry is a powerhouse of a drummer making complicated progressive metal songs seem effortless. The feel, incredible sound and songwriting prowess have turned Anup Sastry into a globally renowned drummer you need to know.

Who is Anup Sastry?

Anup Sastry is a professional drummer based out of Frederick, Maryland and Washington, D.C. In 2011 Anup Comprehensive Recording Program at The Omega Studios’ School of Applied Recording Arts & Sciences.

Since then he has gone on to become a lot more than just an accomplished professional drummer. He is also a composer, producer, audio engineer and YouTube Content Creator.

Since 2011 Anup Sastry has been posting drum content to his YouTube Channel. Originally focused on drum covers it has since progressed to featuring his music, artists he has record drums for and product features.

There are a couple of stand things on Anup Sastry’s YouTube channel.

His videos are a joy to watch. Here are a couple of videos we recommend checking out.

It is always amazing playing that is a pleasure to watch.

Who has Anup Sastry played the drums with?

Anup has featured on a lot of music in his relatively short career so far. This is a testament to his playing and abilities. Here are some of the artists he has performed with:

What music does Anup Sastry create?

Under his name, Anup creates amazing progressive, djent metal music. Mostly his music is instrumental but some tracks have vocal features.

The thing that makes Anup’s music unique is that he doesn’t play the guitar or bass. The music is created with a mix of programming instruments and splicing together audio recordings to get the desired result.

At the time of writing he has five releases:

You can get all these on his Bandcamp page or the usual streaming services. They are worth checking out if this is your genre of choice.

What gear does Anup Sastry use?

Anup Sastry has a fairly large kit including a selection of cymbals and a floor tom on the left side. This allows for more sound options when playing open-handed parts.

Where can I find more Anup?

Luckily like most drummers Anup can be found all over the web. Here are his links:

We have been fans of Anup for a long time at Drum Faster and it has been great to see his career progress so fast. His playing is incredible with a signature sound any drummer would be envious of.

Even if you aren’t into metal drumming, Anup has something special in his playing that you have to see. He is a great drummer and musician that we can’t wait to see more from.