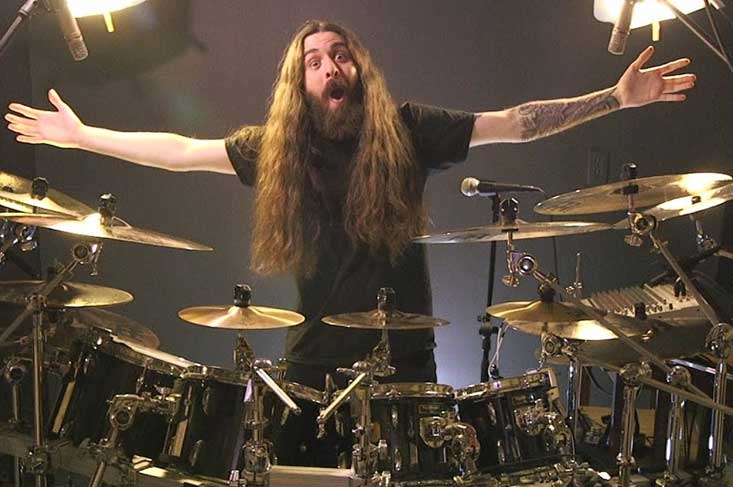 If you are on YouTube and are a metal drummer you have likely come across Samus Paulicelli AKA 66Samus. He is known for his blast beats, sense of humour and his… catchphrases.

66Samus is a great drummer and incredibly entertaining. Let’s find out more about his drumming career so far.

66Samus (Samus Paulicelli) is a professional drummer born on 14th September 1987 in Ridgewood, New Jersey, USA. Samus began drumming at the age of 3 when his parents bought him a junior drum kit. After a few years of playing, he took up private lessons.

At the age of 14, Samus gained an interest in metal music and double bass drumming. At that time he realised it was time to quit private tuition and progress his learning himself. Mike Portnoy’s Liquid Drum Theater VHS tape became his blueprint for improving his drumming.

Samus isn’t just a drummer. He has taught himself the guitar and bass by ear playing along to cover songs.

66Samus has been a YouTube content creator for a long time as far as YouTube channels go. He began his channel back in 2006 although the first few years were a bit sporadic with what was getting released and when. It was in 2015 the content became consistent and the channel started to become what we know and love today.

Samus covers a range of different content on his channel. These include:

Samus also makes videos that are a little bit harder to explain. I guess you would class them as a comedy/ viral videos. You have to see them to understand them.

For example, Blast beats but the snares are farts.

So stupid but yet so funny.

In 2020 Samus leapt taking his music career full time. This isn’t easy a choice to make, as well all know, life has responsibilities and bills etc.

Samus did it as smart as possible by minimising the risk.

He established a large audience over several years whilst working full time. Although this isn’t easy, it has meant he has been stable financially whilst he grew on what he loves doing.

Samus has also been smart with monetising his audience. Building an audience is incredibly hard but sometimes turning that audience into money to live off can be harder.

Samus has been smart and done this in many different ways.

How Samus monetizes his audience

66Samus is a prime example of how to use your audience to take your passion full time. If you are looking for someone to follow in the footsteps of, look no further.

Who has Samus performed with?

Samus has toured and recorded for many well-known metal musicians including Decrepit Birth, Devin Townsend, Goatwhore, and Abigail Williams.

Samus also releases his music under the 66Samus name.

66Samus has multiple music releases. These are mostly singles and they are released infrequently. You can find these tracks on all good streaming platforms.

If you are looking for a standout track we highly recommend “Fart Metal“.

What gear does 66Samus use?

66Samus has a monster drum kit! Four toms up top, two rides and a lot of other gear! For a full gear list, you can check out his website.

Here is a list of the different companies used:

Another thing that gives 66Samus his unique sound is that his full kit is triggered. He is very open about this and uses Toontrack to do his drum replacement. Triggering the drums can be a touchy subject with some drummers but Samus is honest and transparent with what he does.

You can find 66Samus all over the web! Check out the links below:

66Samus is a hell of a drummer and is a breath of fresh air in the YouTube content creator scene. He is genuinely entertaining and I can’t wait to see what crazy ideas he comes up with next!

If you are looking for another great YouTube drummer to keep you entertained, check out rDavidr.